Community with a mould destiny -How to protect our mould

When the steel is in heat treatment or die casting production, the workpiece with sharp section change or with sharp notch is easy to crack. Therefore, in the early stage of product design, we should seriously consider how to avoid or reduce the stress. 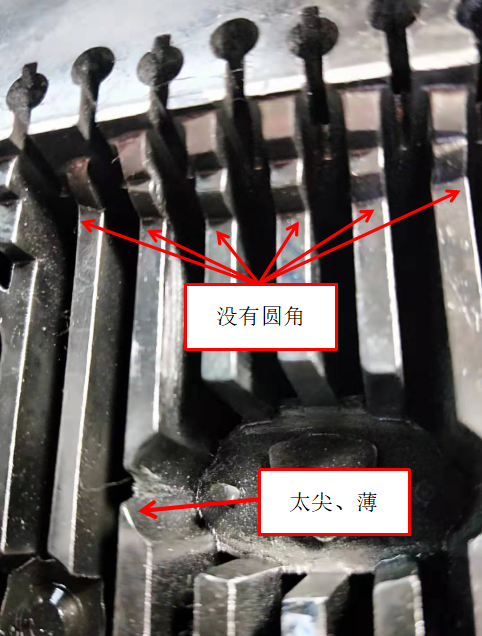 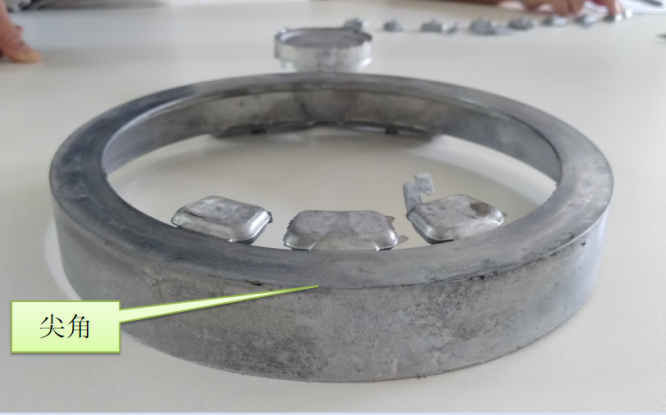 Due to the shape of the product, the mould structure is thin and sharp, resulting in premature scraping (crazing) and cracking of the mould.

2. On the premise of meeting the functional use, it is convenient to fill the material liquid as much as possible 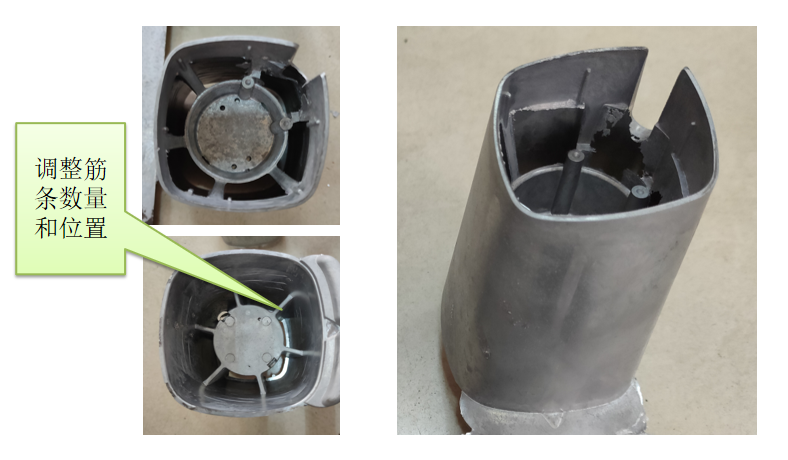 3. Under the premise of meeting the function use, the wall thickness should be uniform as far as possible

Product development should not only meet the functional requirements, but also the needs of mould manufacturing and die casting production. Otherwise, the mass production will not be carried out smoothly. It's not just the suppliers who lose!

2、 Rigorous design is the necessary condition to protect the mould

If the area of the gate is determined by feeling or experience alone, the mould temperature will be very high. Therefore, starting from the sprue, to the gate, slag discharge, exhaust, etc., should be around the product to speak with data. 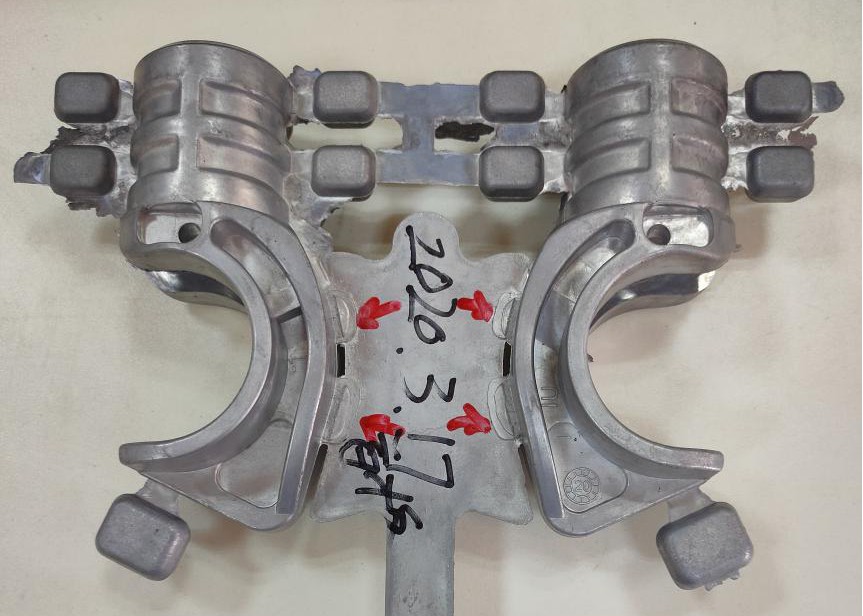 The mould is two-cavity. The inner gate area was not determined according to the product characteristics, and the flow channel was arranged according to the filling requirements. The current situation is that the material liquid is first filled in the lower mould, and then the upper mould is backfilled. Due to the small area of the inner gate, the flow rate is not enough. As a result, cold crack or pores are formed on the upper mould.

2. It is also the same important to pay attention to "flow states"

The preliminary calculation data is to ensure sufficient flow rate during filling. The control of the flow states is to ensure the avoidance of die casting defects. So as to maximize the effectiveness of the overflow system.

In order to eliminate the cold shut caused by eddy current, it is necessary to increase the filling speed. Therefore, it is also necessary to swallow the consequences of erosion or cracking. 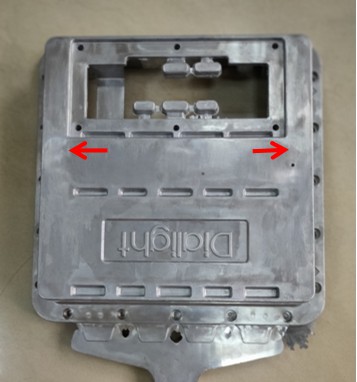 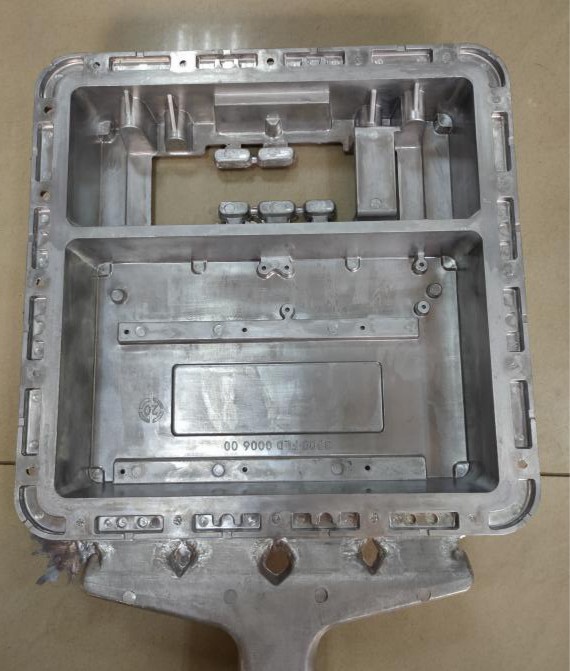 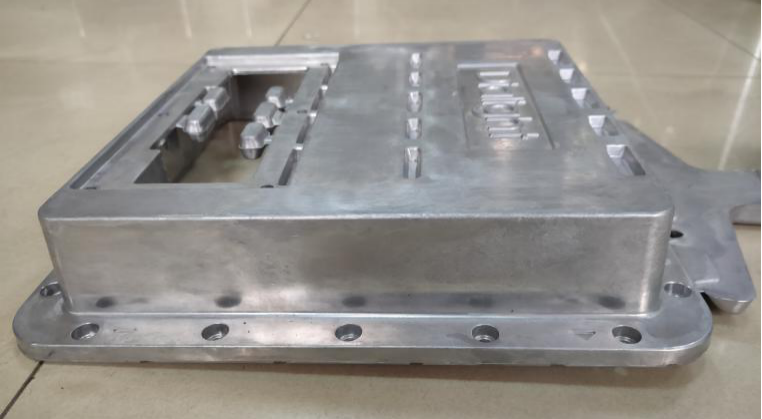 As the material liquid is forced to run to both sides when it is filled to the middle (as shown by the arrow), the filling at the upper end is difficult to control. 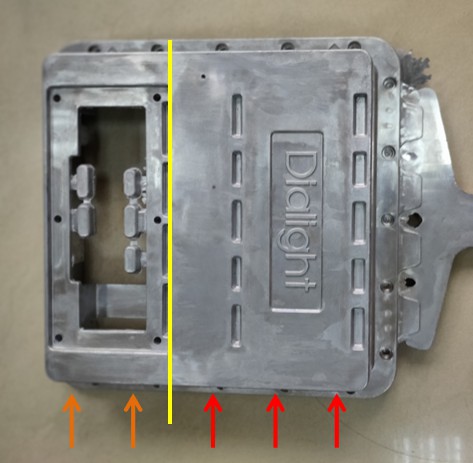 If the yellow line is taken as the boundary, the filling flow channels are designed respectively, and then the overall planning and coordination are carried out. It is easier to control the flow states.

According to the structural characteristics of the product to design the flow channel, grasp the filling flow direction, flow states and flow rate. The slag ladle and air tank can be set at the place of confluence or final filling, and the discharge will be smooth. The resistance during filling is minimized and energy consumption is reduced. Qualified products can be obtained without increasing pressure and speed. Reduce heat production.

3. The "method" of temperature control should not be ignored

The thermal strength of the material decreases with the increase of temperature, and even drops sharply when it reaches the critical value.

In production, the temperature rise mainly comes from the heat of die casting liquid and the heat energy transformed from filling kinetic energy. Therefore, too high temperature of material liquid and too fast filling speed will reduce the thermal strength of the cavity surface. As a result, the erosion of the material, mould sticking, cracking and so on make the mould failure appear. Therefore, under the premise of ensuring the quality of die-casting products, it is an effective method to prolong the service life of the die-casting mould as far as possible in the relatively low-temperature environment.

In the same way, the distance between water transport holes should be kept at 60-70mm. Only in this way can we ensure the maximum scope of their respective functions, It can also ensure interconnection, and there are no vacancies. Otherwise, there will be hot spots, resulting in the mould temperature here is too high. 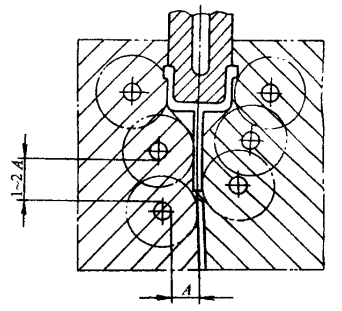 The main function of water transport is to take away the heat transferred from the material liquid to the mould, so as to keep the surface temperature of the mould cavity in a reasonable range. Its purpose is to:

a. Do not allow excessive heat to build up to the mould. Otherwise, there will be premature cracking, crazing, erosion, corrosion and other phenomena due to exceeding the thermal strength limit of the material, which will directly affect the service life of the mould.

b. Because the optimum mould temperature range of general mould release agent is 250-300 ℃ (this is set when designing its chemical composition). Therefore, it is unscientific to use spraying as the main cooling method. It will not only cause cracking prematurely, but also greatly reduce the effect of release agent and affect the product ejection.

The gap between slider and guide chute will decrease with the increase of temperature difference (The temperature of slider is reduced to the temperature of chute). At a certain value, there will be no gap at all. The slider is jammed and cannot be produced normally. Therefore, not only cavity block, inlay, splitter cone, gate sleeve should be made cooling water transport hole. Slider core pulling should also be done. It also has the function of preventing shrinkage cavity.

The adjustable parameters of die casting process are pressure, speed and temperature. So, the space that can be used is limited. It is difficult to make up the defects of gating system by adjusting the parameters. Therefore, in the mould design stage, it is necessary to comprehensively consider the possible problems in the aspects of structural strength, processing technology, die casting production and other aspects and the corresponding measures. In particular, the design of pouring and cooling system to meet the requirements of die casting production process should be particularly careful. Try to give a reasonable operation space for mass production. Do not think that "the mould is my work, it's the die casting worker's business if I can't make the product"!

The mould is directly high speed without preheating; even if there are water transport holes, spraying can also play a cooling role. Therefore, spray as the main means of mould cooling and so on. These "barbaric" operations are common in small and medium-sized die-casting enterprises.

The main reason is that we do not fully understand and attach great importance to the "correct operation" to ensure the normal use of the mould. The result will seriously affect the service life of the mould. This is an extremely irresponsible practice! Not only will cause ourself, the customer, the supplier all must face to bear the huge loss the danger. Moreover, it will greatly restrict the healthy development of die casting industry. Therefore, with an "extremely responsible" attitude and paying attention to every detail in the work is the guarantee of "health" and "longevity" of the mould.

Product development, mould design and manufacturing, die-casting production are the most important members of the "Community with a mould destiny". Anyone who wants to have a "money" map must understand, support and help each other, and jointly guard our mould. "The same boat" must "help each other"!!!